The divisiveness, polarization, and negativity among our nation's political leaders have become increasingly destructive to our democracy, our national spirit, and our unity, both as a country and a people.

It is time for a CHANGE of attitude.

As your Congressman, Frankie Robbins will be a force for CHANGE by putting YOU, the people, first, and partisan politics last.

A vote for Frankie Robbins is a vote for POSITIVE CHANGE.

Voter polls consistently and increasingly reflect that a large majority of Americans feel that our country is headed in the wrong direction.

It is time for a CHANGE in direction.

Frankie Robbins IS that POSITIVE CHANGE for Oklahoma.

WHY I’M RUNNING FOR CONGRESS

Our Democracy, our national spirit, and our unity, both as a Country and as a people are at risk.

The continuous anti-government rhetoric, defamation and disparagement of public servants, done solely for selfish political gain: has firmly planted the seeds of doubt, skepticism, suspicion and mistrust of our leaders, our institutions and our government.

No one can lead or govern effectively without the confidence and trust ‘of the People’.

I’m running to restore the unity, trust and confidence in our politics, in our institutions, in our government, in our leadership and in our Country.

I will be a voice for unity; and stand up for those who put our Country, Christian values, family values, and common decency above political and tribal loyalty.

I will restore trust by telling the truth as best I know it to be, use common sense, act with common decency, and represent all the people all the time!

I will work towards bipartisanship by developing personal, respectful relationships with all Representatives regardless of political party or political persuasion. My first focus will be those Representatives that represent Congressional Districts (in OK, TX, KS, NM) that border OK Congressional District 3. We should have much in common as do the people we represent. Even though we may disagree on certain issues, we can have a civil, constructive discussion because we, first, have respect for each other.

I humbly and respectfully ask for your vote. 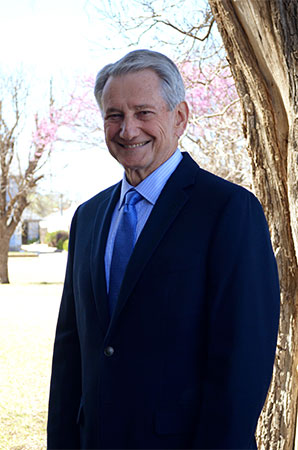 “A house divided against itself cannot stand.” Abraham Lincoln, June 16, 1858

“A bad attitude is like a flat tire. You are not going anywhere until you change it”
(Author unknown)
“Every two years the American politics industry fills the airwaves with the most virulent, scurrilous, wall-to-wall character assassination of nearly every political practitioner in the country – and then declares itself puzzled that America has lost trust in its politicians.”
Charles Krauthammer

UNITED WE STAND FOR ENDURING FREEDOM

For Frankie Robbins’ position on issues go to VoteSmart.org